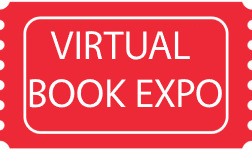 New Book: How our past is the present

Our past is still with us in the ongoing confrontations between the Government of Canada and First Nations. In Chaudière Falls, my novel of dramatized history based upon the founding of our national capital region and how Ottawa became the capital of Canada, a scene written from information taken directly from the historical record, illustrates this.

Philemon Wright, founder of Hull Township, arrived with his party on the north shore of the Ottawa River on March 7, 1800. The next day, the Algonquin Tribe living in the area confronted him, wanting to know who had given him the right to settle on their land.

The exchange between Wright and the Algonquin Chief echoes the encounters we are still contending with! While my research found several contradictions in the “historical record,” the meetings between the Indians and the settlers appear to have been documented accurately.

My novel is not about settler/Indigenous relations. This is the only scene in that regard. But it’s certainly a telling one!